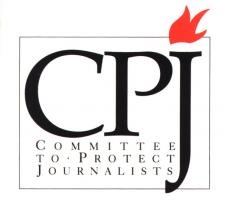 He was first detained on July 4, when three plainclothes officers from the National Directorate of Security (NDS), the state intelligence agency, picked him up at around 10:45 a.m. from outside the Kabul office of the Internews Network, a U.S.-based media development group that produces Radio Salaam Watandar. The officers said they were from the 74th branch of the NDS, a Salaam Watandar colleague told the local Pajhwok news agency. Senior NDS officials initially denied that Mir Hazar was in their custody, but eventually confirmed that they were holding him for questioning. He was held in incommunicado detention for five days.

“The conditions of my imprisonment were those of a small-scale Guantanamo,” said Mir Hazar, in an article published on KabulPress. “With four persons crammed into a dark 2-by-3-meter cell, without any contact to the outside world, and no access to a lawyer.”

He was released on July 8 after extensive lobbying on his behalf by Afghan journalists, human rights organizations, and a handful of leading international development agencies. Addressing a news conference the next day, Mir Hazar said intelligence officials questioned him for publishing reports alleging the involvement of high-level government officials in corruption. NDS agents interrogated him about his sources of information and asked whether he received foreign funds.

Even after his release, NDS officials continued to keep him under surveillance. Mir Hazar and his wife, Zahra, began living at the Internews office to ensure their safety.

On August 9, intelligence agents again took him into custody. At around 9:20 a.m. that morning, a group of at least eight NDS officers dressed in plain clothes stopped him outside the Internews office and forced him into an unmarked car at gunpoint. The men identified themselves as NDS agents and carried official badges, according to a journalist at Salaam Watandar. They said they were taking him to the sixth district police station.

However, in response to queries from local journalists about their colleague’s status, NDS officials denied that Mir Hazar was in the agency’s custody. Their denials prompted serious concerns about his safety. Mir Hazar was released at around 7 p.m. that evening.

Mir Hazar later told CPJ that he was taken to several different NDS facilities before being confined at what he termed the “Guantanamo of the NDS,” at Sedarat Cross Road. He was held with his hands cuffed together and his ankles bound with chains.

Intelligence officials questioned him about recent articles and public statements and warned that he would be arrested again if he continued to publish articles critical of the government.  They also censured Mir Hazar for likening the conditions of his earlier confinement to those at Guantanamo Bay, warning that they could hold him indefinitely. “The future will not be like the past,” one officer told him. “You will stay here for a long time.”

In a parallel development, Afghanistan’s Media Commission had circulated a letter on the morning of August 9 with its findings on Mir Hazar’s case. The Commission omitted any mention of Mir Hazar’s illegal detention by the NDS but recommended that future complaints against the journalist should be referred to the prosecutor’s office and to the courts.