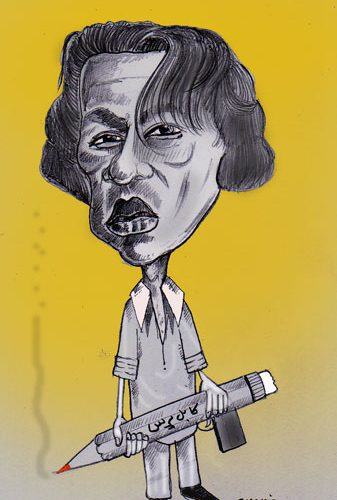 How is the present in Afghanistan? Where is the country headed?

Crimes against humanity top the list. War crimes, forced immigration, sexual exploitation, corruption, a thriving business in drugs, suicide bombers and a caricature of peace and democracy 50 thousand foreign troops playing their roles, with criminals — the late Mohammad Zahir and Hamid Karzai included—in power tightly holding on to the poets and writers. There are also some NGOs, local and international, with high ranking officials waiting to pounce on the aid worth millions of dollars meant for the Afghan people.

There is no peace and justice for the victims of the years of war, comprising more than 95 percent of the population. Even 5 years after the Taliban government was ousted, even the basic needs of the people are not being met. Illiteracy has been the age-old problem. It is high time the new generation of Afghans led from the front so that there isn’t a repeat of the tragedies. 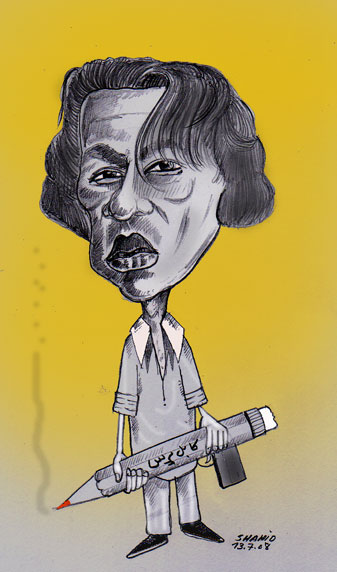 Has democracy finally dawned in Afghanistan? What do you have to say about the present government?

The government in Kabul is not the only one in the country. That Karzai cannot drink even a glass of water without white house’s permission is well known but pockets of classical British rule using the new army, Taliban, Al-Qaida, warlords and drug traffickers co-exist. The government of the Kabul holds no sway over Orozan, Helmand, Kandahar, Zabul. When the attorney general recommends the prosecution of the governor of Marar-e-Sharif on charges of corruption, Hamid Karzai appears helpless. Then we had powerful kings ruling over us, now the baton has been passed onto powerful countries. Democracy in Afghanistan is the topic of one of Bush’s many jokes. Democracy seems a far cry amid reports from the locals that the US army is arming the Taliban fighters. Karzai too lies about freedom of information and speech.

Do you feel the return of the Taliban is imminent?

I am not sure whether the Taliban will be as powerful as they were 6 years ago, but it is true that they have a firm grip on the south and the east. It seems Britain is reverting to its classical ruling technique of cooperating with the criminals. The British army could well be colluding with the Taliban in the drug-trafficking. The Helmand province is under Taliban control but this is also where the British army is based.

There are some 500 members of the old Taliban regime now associated with the present regime. Matin, for example, is the governor of Orozgan. There are Talibs in the Parliament coordinating with their leaders.
There two peace commissions in Afghanistan. Sebghatullah Mojadadi heads one peace commission, which helped rehabilitate 2500 Talibs. The second, a constitutional body with the mandate of ‘Peace, Reconciliation and Justice’, an initiative of the Afghan Government and the UN, never took off. A year after Karzai approved its plan of action, he rescinded.

Afghanistan has a turbulent history. One of the reasons has been illiteracy. Sometime I wonder how Zoroaster, Maulauna Rumi (Balkhi) or Ibn Sina ended up living in this wretched land. When the people are not aware of their rights, the rulers are not subject to scrutiny. The constant theme running through the Afghan history has been the rule of the gun.

How have the women been faring?

Afghanistan has been the country where the men lord over the women. The plight of the women has only been used by International and local NGOs to draw more funds from the donors.

Does Afghanistan need a revolution to set it right, socio-economically?
Indeed, a revolution is the need of the hour but one that has its roots among the people and the intellectuals. Unfortunately, we do not have genuine intellectuals yet. We will have to wait for the new generation to take up the reins. The fight against illiteracy is the key, here, but the government is yet to accept this.

Is there a political solution to the war-torn Afghanistan?
All the criminals in power must be tried with the International Criminal Court getting into the act.

What is the condition of the refugees?

Most of the refugees are holed up in Iran and Pakistan. In Iran, while the children do not attend schools as they are very expensive, the adults are jobless.

The understanding reached between the UNHCR, Afghanistan, Iran and Pakistan seems to be that the home country is safe for the refugees to return. This couldn’t be further removed from reality All that the international community wants is a good report card on its few years at the helm.

How about political prisoners?

The government claims there are no any political prisoners. But when it can arrest a journalist like myself, the same applies to other political activists too.

What has been India’s role in Afghanistan?

India also has supported warlords in Afghanistan like Pakistan, Iran, the US and UK. One of the streets in New Delhi has been named after an Afghan warlord. If India is serious about helping the Afghan people, it should put an end to supporting the warlords.

Why were you forced into exile?

My critical stories, documenting the corruption engaged in by high ranking officials are what made it impossible for me to continue living in my country.

I was detained, not once but twice. I had to share the prison cell with Taliban and Al Qaida fighters. The authorities then would never tire of questioning me. They grilled me about my Kabul Press, its branches abroad and the people working for me. My answer to them was that I was a simple journalist having lawfully accessed all the information that later I went on to publish.

They wouldn’t believe that the Kabul Press operated from my house with a poor Internet connection, probably, because, my portal enjoyed 100,000 visitors a month then. Now, the figure is 25,000 a day. They charged me with endangering national security.
It took a 96-hour hunger strike to bring an end to my first detention.

One I was released on bail, I told the press that, instead of me, it is the corrupt Karzai and his ministers who should be put behind bars and that I have documents that expose the corrupt government and its leaders.

For a month, I was forced to live within the confines of my office. Then I was picked up again, for speaking to the press. The National Directorate for Security (NDS) personnel said it is not yet time for a Hazara to criticise the government. After about 500 journalists brought the matter up with Karzai, they were forced to release me.

I learnt from reliable sources that Karzai, Amrullah Salih, the chief of NDS, Younes Qanooni the president of law house and Farouq Wardak were behind my arrest, each illegally holding onto their positions.

I was forced to stay indoors again. On the advice of human rights watch groups and fed up with NDS’s threats, I decided to move out of the country and continue with Kabul Press.

Can you tell us more about Kabul Press?

I was to forced to go online. I gradually figured that I can also publish books here. Then I became involved in customising software to suit Farsi. This is how I founded the first Persian e-book publisher. I don’t think a poet and a writer can bear to remain silent when the rulers are corrupt, abuse their seats of power and are unjust to the common man. That is perhaps the reason for so many writers in the third world countries turning to journalism. The birth of the Kabul Press was no different. I don’t have any financial support. I pay from my pockets for the domain and the internet connection. My office consists of my rented home, a laptop, a small 6 mega pixel camera, a scanner and a mini dictaphone. And I work 20 hours a day. 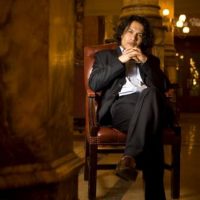